A couple of approaches toward having workable proof of concept models. (other than computer simulation models.)


1. Use some off the shelf items such as piston rings, bearings, valves, cam followers and build a small laboratory model from machined parts. At this stage the air for the intake could be supplied by an air compressor and the “cost” in energy be calculated in. Initially, I'd just design a one or two cylinder model.    2.Another approach would be to build a larger model using many off the shelf items intended for automobiles and other machines. For instance, the type of cylinder heads that do not have any, or much of any, built-in combustion chambers seem like they would work for experimentation. The heads for some Diesel motors such as for the 2-stroke cycle Detroit Diesels are an example but It looks as though the Perkins Diesels have some heads that might work as well. The heads that look really best to me so far are the ones that Edelbrock has made to fit the old Chevrolet “W” motors such as the “348” and “409” because of the emphasis that was placed in ability to breath and physical strength built into them and also, I think that they can be ordered new at this time. Link to Eldelbrock heads for sale.  In any case an add on modification to “balance” poppet valves against intake pressure might become necessary. Fuel injectors might be those made for direct injection into the combustion chamber and be solenoid controlled. I think that cylinders that are on a common plane such as in an opposed cylinder or radial design would be great because one cam profile could be used with more than one cylinder at the same time.

A "flat eight" built using two of these heads seems like a reasonable thing to use for some real life concept testing in a real automobile but unfortunately it would be too wide to fit into most engine compartments. 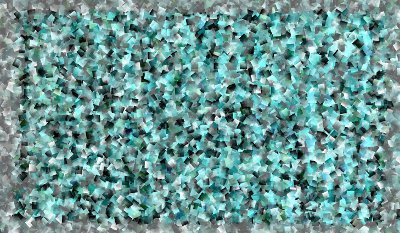